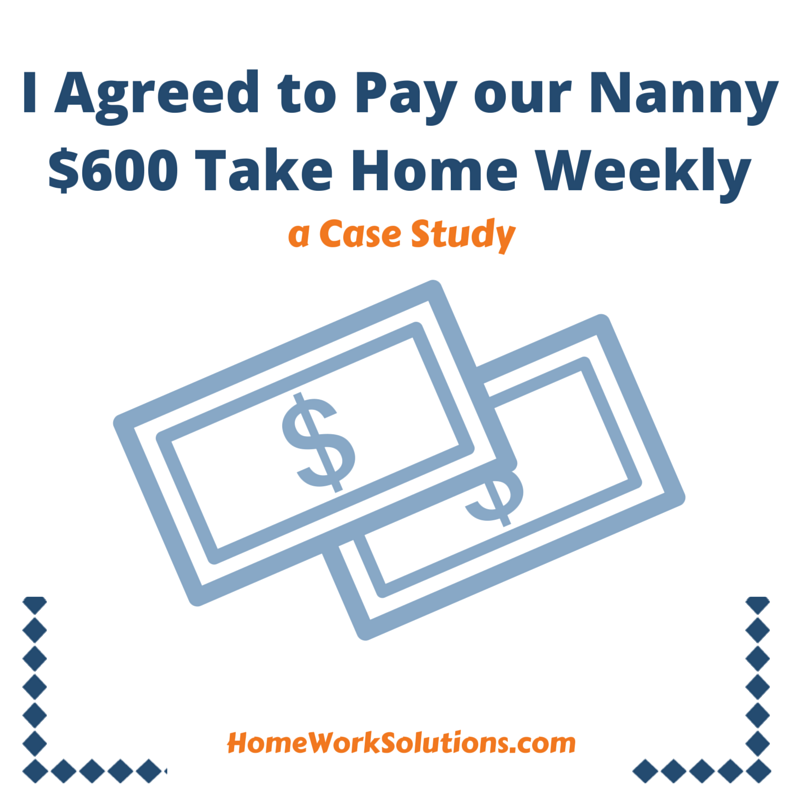 Susan G. is a licensed social worker and a new mom who came to HomeWork Solutions when she and her husband hired a nanny so she could go back to work. Susan and her husband found the ideal nanny via a neighborhood list serve and readily agreed to her request for a weekly wage of $600 take home after taxes. Susan found that getting all of the reporting and tax calculations right – particularly when working from a net take home pay – proved to be a headache. 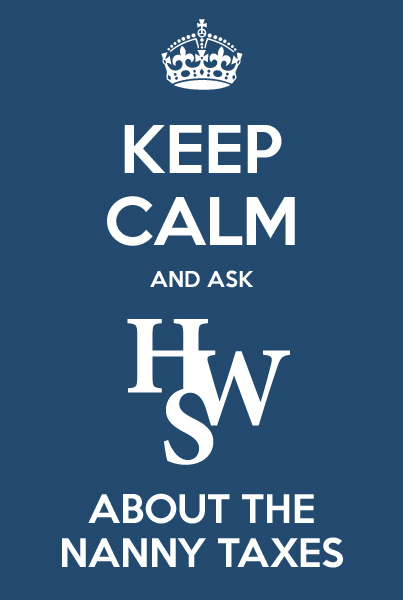 Moving your family can be one of life's most exciting times, yet also one of the most stressful times. Finding a new place, selling an old place, leaving a job, starting a new one or transferring within a company, packing, unpacking, leaving an old nanny, hiring a new one, (or sometimes the nanny moves or commutes to the new location if it’s a local move) the list can seem like its endless.

Do I Need to Provide Our Nanny (or Household Employee) a Paystub?

Many families pay their household workers directly and subscribe to a service such as HomeWork Solutions' Essential Payroll to prepare necessary quarterly and end of year tax documents. We are often asked about whether pay stubs are necessary.

Household Payroll and the Defense of Marriage Act (DOMA)

The Supreme Court’s ruled last month (United States v. Windsor, U.S., No. 12-307, 6/26/13) that the Federal Defense of Marriage Act (DOMA) violated the constitutional guarantee of equal protection when applied to same-sex couples who were legally married under state law. What does this mean for household employers?

The Internal Revenue Service issued new 2013 income tax withholding schedules yesterday and they are fully integrated with our online tax calculator now. We are fielding a lot of inquiries about new paycheck amounts and will try to address the common questions here:

Did you know that every paycheck's net or take home calculation will change in 2013? Calculate your nanny paycheck deductions before you issue any 2013 payroll.

New York State Law requires all private employers to provide written notice to employees of their rate(s) of pay and designated pay day on an annual basis. Notice must be provided between January 1 and February 2 2013. NYS' FAQ on the Wage Theft Prevention Act specifically states that an employer may not choose another time of the year to provide the notice!

San Jose’s Measure D, which will increase the current city’s minimum wage from $8 to $10 per hour effective March 2013, passed with overwhelming voter support.

San Jose is now one of the two cities in California whose minimum wage has gone up independently of the state's.  San Francisco has enforced its own minimum wage for many years.  There are only a handful of other cities nationwide that set their own minimum wages: Washington, D.C., Santa Fe and Albuquerque, N.M.

Household employers in San Jose whose pay their employees minimum wage need to adjust their salary to reflect this new rate in March 2013.

Stay tuned for more updates from The Nanny Tax Experts.