San Jose’s Measure D, which will increase the current city’s minimum wage from $8 to $10 per hour effective March 2013, passed with overwhelming voter support.

San Jose is now one of the two cities in California whose minimum wage has gone up independently of the state's.  San Francisco has enforced its own minimum wage for many years.  There are only a handful of other cities nationwide that set their own minimum wages: Washington, D.C., Santa Fe and Albuquerque, N.M.

Household employers in San Jose whose pay their employees minimum wage need to adjust their salary to reflect this new rate in March 2013.

Stay tuned for more updates from The Nanny Tax Experts.

Many employees are not aware of what is being deducted from their paycheck. Household employees in particular (nannies, housekeepers, elder caregivers etc.) often are paid by personal check, do not have a pay stub, and work with families who themselves are not familiar with payroll and employment taxes.

Social Security and Medicare, collectively known as FICA taxes, are a mystery to many domestic employers. Who is liable for them, how are they paid, and where are they reported are just some of the questions that plague domestic employers. While both taxes are calculated as a percentage of the gross wages, the employee’s portion of Social Security is 4.2% (for 2011 and 2012 only) while the employer’s portion is 6.2%, and both the employer and employee’s portion for Medicare is 1.45% of the gross wages.

Are you ready to compute your 2012 payroll?

The 4nannytaxes.com household payroll calculator has been updated with new withholding tax rates for 2012. Clients who write their own paychecks, please confirm your withholding calculations before issuing any 2012 payroll as there are many income tax rate changes!

When hiring their nanny, most employers believe that they have recruited the perfect caregiver for their child. Most often, they want be fair in their dealing with their nanny, including in the arena of compensation. However, year after year a small suite of common nanny payroll and legal mistakes become very expensive lessons for these nanny employers. 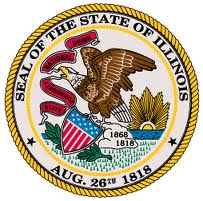 Attention nanny employers! Please make sure you recalculate your nanny's payroll deductions prior to issuing the first 2011 payroll. There have been changes to the Social Security tax rate, the Federal income tax rates, and many state income tax rates.