Checklist for When the Nanny Quits Your relationship with your nanny is strained and you come home on Friday and she tells you she is done. Or you open an email or text on Saturday to the news your nanny quit. Things are going well, but your nanny gives you two weeks notice that she is moving to a new job. Whether it is on good terms or bad, there are things a family MUST know and address when the nanny leaves. 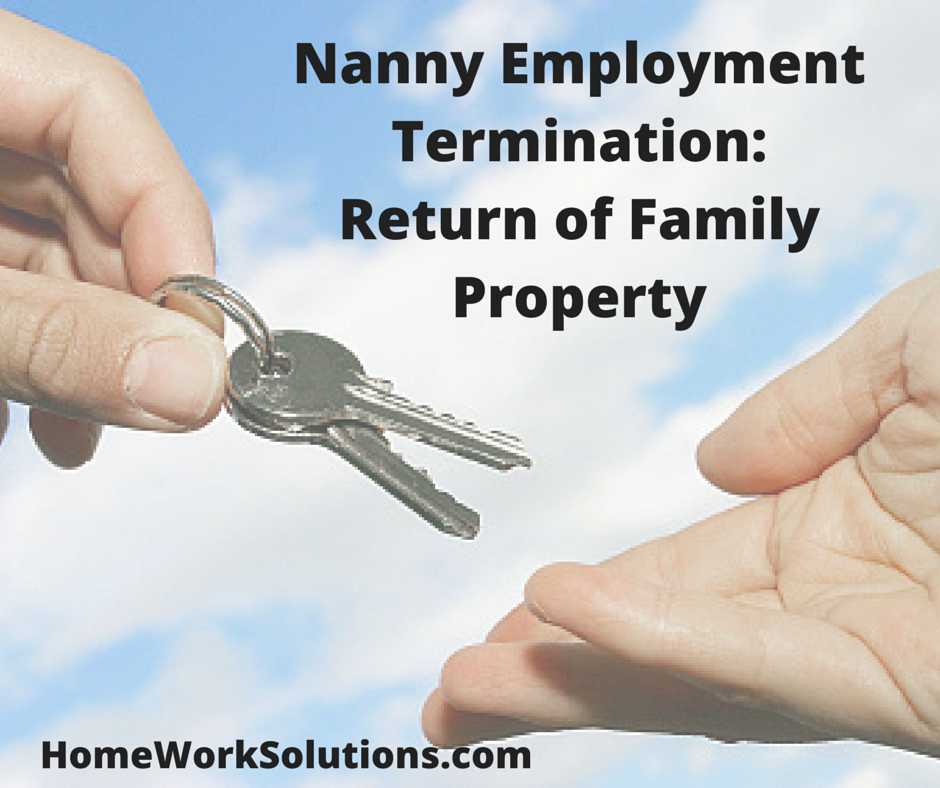 Parting ways with your nanny or other household employee can be difficult. It can be hard on your family who has likely become used to being with them every day and it can also be challenging for you as the employer to figure out what legal steps you’ll need to follow through with. If you recently terminated your household employee's employment – either abruptly or with some planning ahead of time – it’s necessary to remember the importance of returning family property. This is a big component to ending the working relationship and something that should not be forgotten or postponed.

Note: Special thanks to our guest blogger, Bob King, for his discussion below on nanny employment termination and the return of family property.  Bob is an attorney and founder of Legally Nanny, the leading law firm providing legal and tax advice to household employers.