Guest blogger Bonnie Low-Kramen is the author the book, Be the Ultimate Assistant, A celebrity assistant’s secrets to working with any high powered employer. Bonnie is the former assistant to celebrity couple Olympia Dukakis and Louis Zorich. Bonnie is now teaching workshops for Personal Assistants in major U.S. cities. Visit www.bonnielowkramen.com for more details. 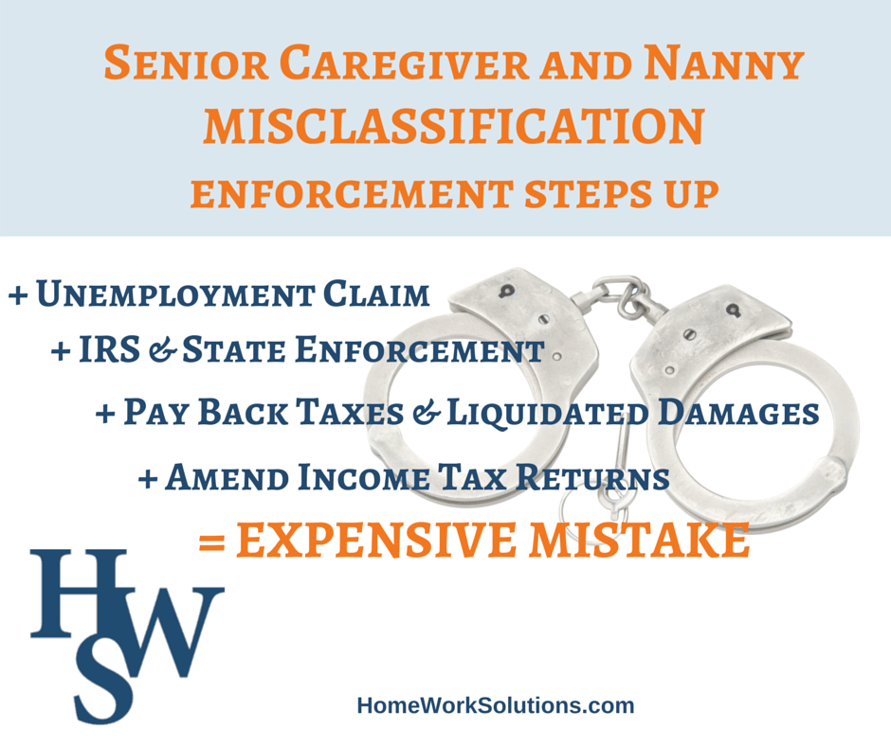 Worker misclassification - the practice by an employer of treating an employee as an independent contractor for purposes of avoiding employment taxes - is a constant issue in the field of household employment. Many household employers - and employees - simply feel this is easier, that the tax forms are too complicated, or the tax expense too high.

Many states enacted legislation and regulations in 2011 that impact household employers. If you employ a nanny, housekeeper, house manager, home health aide, or any household staff, please stay informed.

While most media attention in 2011 was focused on AB889 the California Domestic Workers' Bill of Rights, which did not pass in the 2011 legislative session, two other pieces of legislation that household employers must be aware of passed with little notice.

Monday December 19, 2011 Update: What appeared a certainty two days ago is suddenly in jeopardy today. The House of Representatives is poised to reject the Senate's 2 month extension of the payroll tax holiday - insisting on a bill that funds the extension for a full year. We are watching this...

Update: In 2014, the Household Employee Wage threshold increased to $1900. This means that any household employee- such as a nanny, housekeeper or elder care worker- earning $1900 or more per year requires their employer to pay what is commonly referred to as the "nanny tax."

The NYS Wage Theft Prevention Act was signed into law in April 2011. This act amends Section 195 of the NYS Labor Law to require all private employers to provide notice to employees of their rate(s) of pay and designated pay day.

When hiring their nanny, most employers believe that they have recruited the perfect caregiver for their child. Most often, they want be fair in their dealing with their nanny, including in the arena of compensation. However, year after year a small suite of common nanny payroll and legal mistakes become very expensive lessons for these nanny employers.

California Assembly Bill AB889 passed the assembly in June 1 and now moves to the California Senate for consideration. We previously blogged on this bill last month. In addition to the workplace rules described in the previous blog, HomeWork Solutions has recently learned that household employers will now be required to provide itemized pay stubs with each wage payment. The requirements include:

Previous All posts Next