Home / Our Blog / States and Lawyers Focusing on "Independent Contractors" 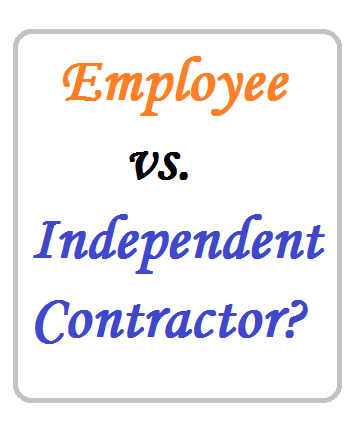 The Bureau of National Affairs (BNA) reports "The issue of who is an independent contractor and who is an employee is getting more attention from lawyers and from cash-starved states, attorneys said during a recent session of the Labor and Employment Relations Association's annual meeting."

Nanny employers have for many years tried to simultaneously avoid the "Nanny Taxes" while qualifying for the Child Care Credit or reimbursement via a Dependent Care Account by falsely claiming their nanny as an independent contractor. "Independent Contractor" designation of a nanny is patently false, and makes it difficult for nannies to claim important benefits under unemployment compensation or workers' compensation systems.

The BNA further reports "Tax attorney Robert W. Wood with Wood & Porter in San Francisco pointed to the "huge kind of domino effect in this area." Unemployment insurance or worker's compensation claims a worker files start a chain of events that many years later may evolve into disputes involving federal income and employment taxes, Wood said. "I think that we're going to see more and more of these disputes," Wood said.

HomeWork Solutions' Kathleen Webb reports a noticeable uptick in the number of clients registering with their Nanny Tax compliance service looking to catch up with payroll tax reporting for a former employee. "We typically see catch-up reporting spike in January," reports Webb, "when employee's request W-2 forms for taxes. However, this year the increase started early in the 4th quarter. There is anecdotal evidence that many catch-up clients released their nanny from employment in the fall and then quickly took steps to become current with the Nanny Taxes to prevent the complications of the nanny's unemployment insurance claim."

The BNA report goes on to quote Steven J. Green, deputy California attorney general, that "what's going to happen real soon, especially here in California, is you're going to have a bigger government effort to deal with (independent contractor misclassification) because it's costing the budgets of states a lot of money."