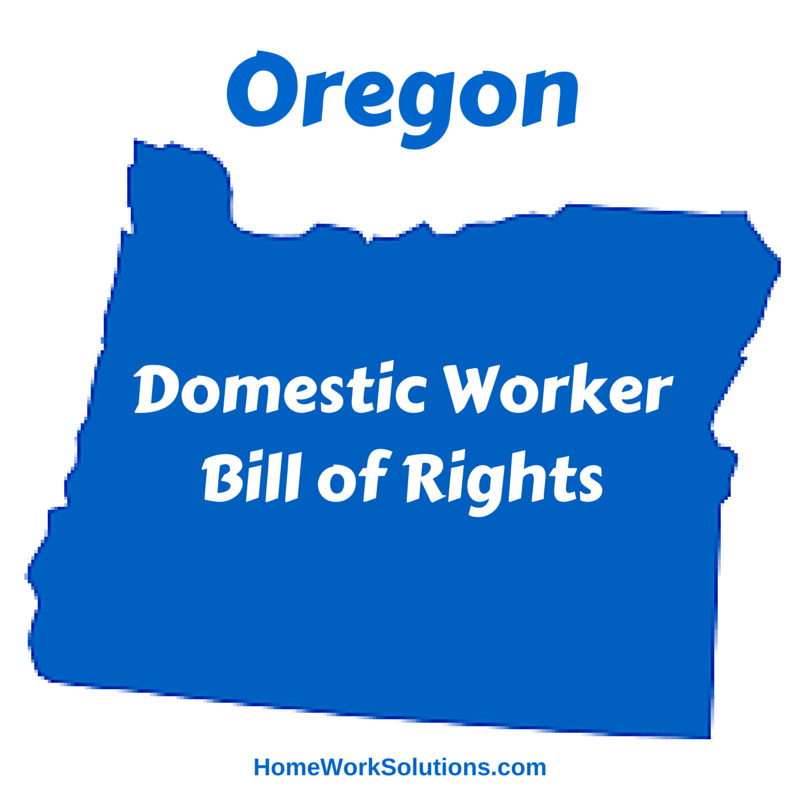 The Oregon legislation is very similar to New York's 2010 Domestic Worker Bill of Rights and includes the following provisions.

HomeWork Solutions is available to answer your questions. Household employers nationwide turn to HWS to simplify their household payroll. Request a free consultation, or call 800.626.4829 now.

Domestic Worker Rights in Other States: