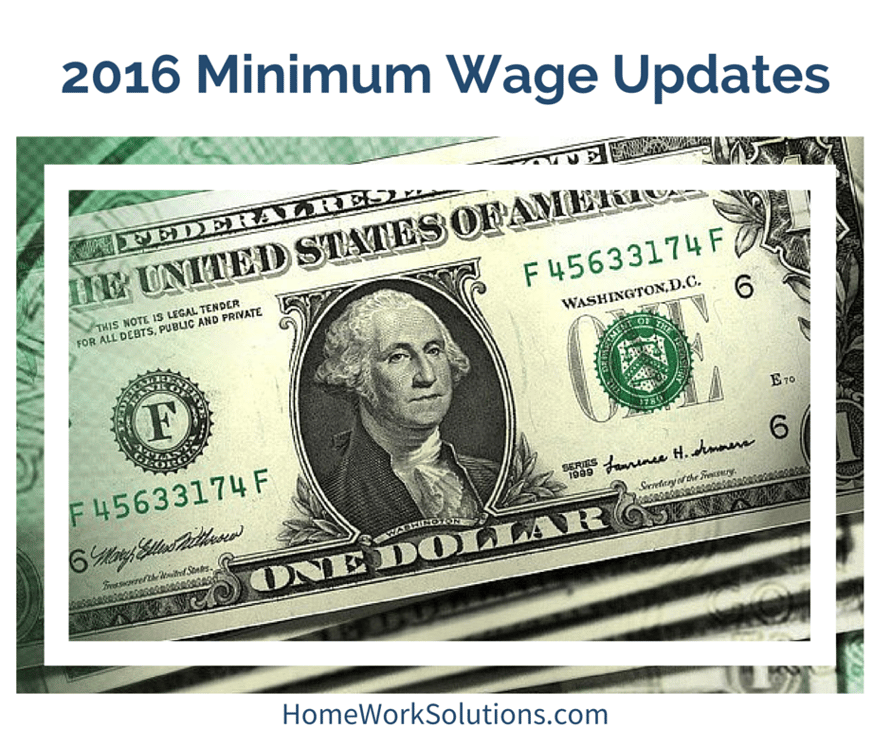 In 2015 many labor groups pushed hard for increases in the minimum wage. While they were unsuccessful at the federal level, many states and municipalities have minimum wage increases scheduled for January 1, 2016. Household employees such as nannies, housekeepers, and many senior caregivers are covered by minimum wage legislation, and when there is a difference between the state and federal rates, the greater of the two applies.

Below find a quick list of the state changes that go into effect with the new year. A complete list of state minimum wages that apply to household employers, including municipal minimum wages within states, is found here.