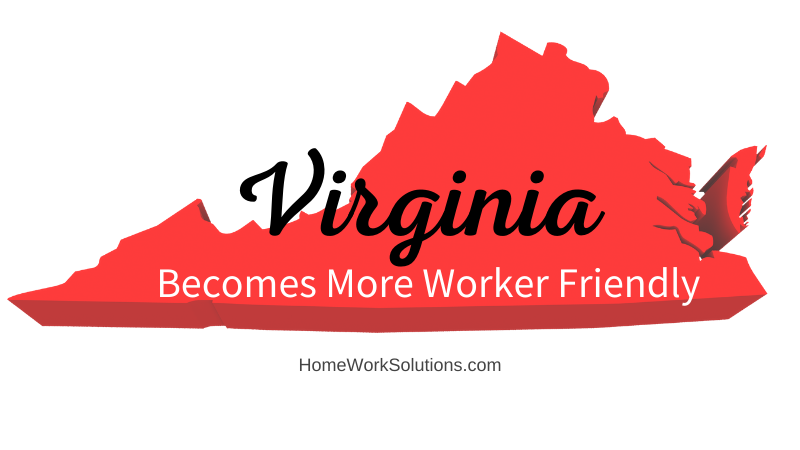 Virginia labor laws have historically been friendly to employers. New legislation signed into law this year, however, significantly changes a worker’s right to redress in an area of keen importance to household employers – namely wage theft.

Wage theft is the broad term that included unpaid overtime, failure to pay for all hours work, illegal ‘docking’ of employee pay, and other ways a household employer can under pay a worker.

Workers in Virginia who believed they were owed wages and were unable to collect directly from their employer in the past had to file an unpaid wage claim directly with the state’s department of labor – an administrative action. When they prevailed, employees only recovered they past wages and interest. Many other states and the Federal DOL allow private suit and the employee/plaintiff can receive representation, with the attorneys paid out of the settlement. Employees in other jurisdictions who prevail also receive damages.

New legislation in Virginia enacted in April 2020 provides a new “right of private action.” The remedies, “in addition to recovery of all wages owed plus 8 percent pre-judgment interest, the Wage Theft Law permits recovery of liquidated damages in an amount equal to the wages owed and reasonable attorney fees and costs. If the court finds that the employer “knowingly” failed to pay wages to the employee, the Wage Theft Law permits recovery of treble damages and the imposition of a civil penalty not to exceed $1,000 per violation payable to the Virginia State Treasurer.”

Household employees are hourly employees under Federal law. Almost all come-and-go Virginia household employees are entitled to overtime after 40 hours in a 7 day work week at 1.5 times their regular hourly rate of pay, and live-in nannies and other live-in domestics, while not entitled to the overtime differential in Virginia, are required to be paid for every hour worked in their 7 day work week. Averaging hours over periods longer than a week, or requiring comp time are illegal practices.

When employment terminates, whether initiated by the family or the nanny or other household worker, payment of final wages, including any contractually obligated pay in lieu of notice, is due no later than the next regular pay day. This payment may not be withheld for failure to return family property in the nanny’s possession such as car safety seats or house keys.

It is expected that Virginia courts will experience a significant increase in individual and collective action suits now that plaintiff attorney costs can be paid via judgment. There were several other worker-friendly legislative actions taken in Virginia that can be reviewed here.