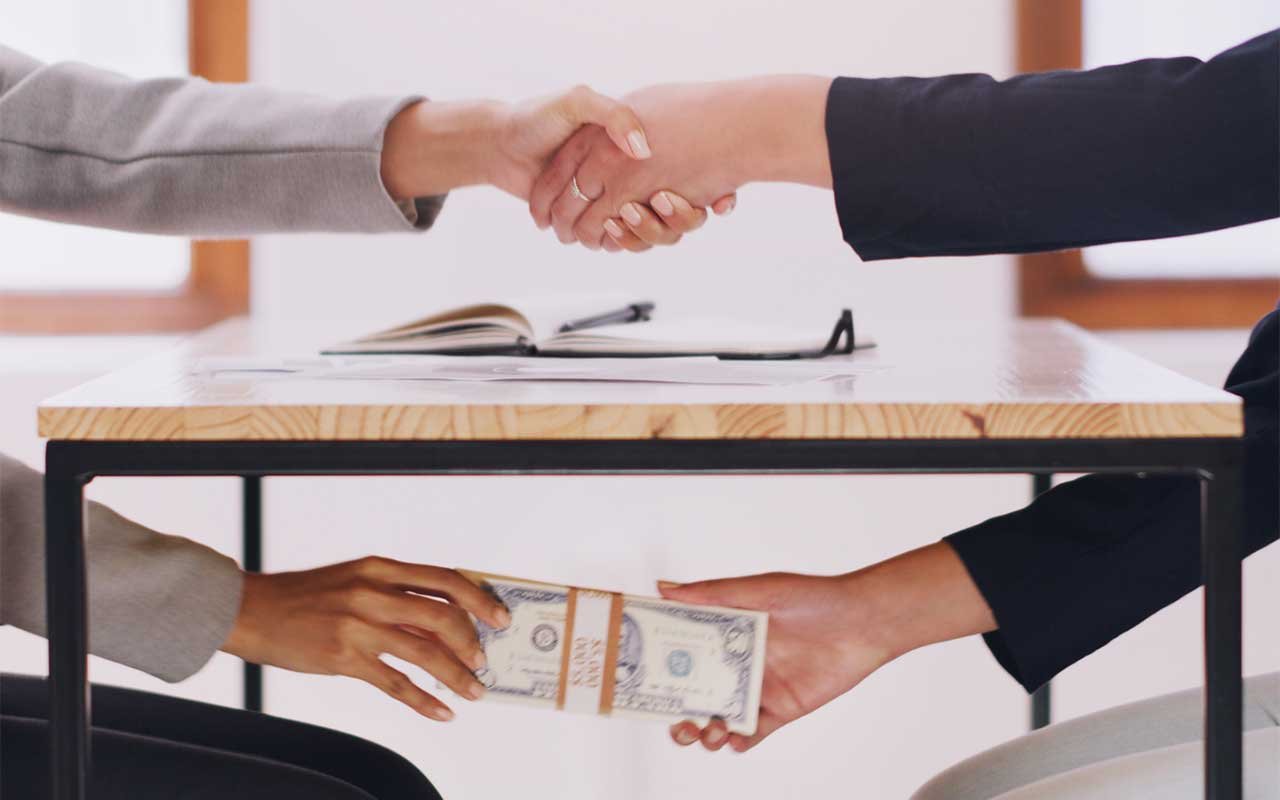 One of our HomeWork Solutions Representatives shares the story of a recent client who paid his nanny cash under table. Later, he found himself on the wrong side of his state’s unemployment agency.

Bryan and his wife Hannah hired a nanny when their twins were infants. They agreed with the nanny at the time that they were going to pay her $500 a week off the books. The nanny worked out wonderfully and she stayed with the family for almost three years. She was let go when the twins started a full-time pre-school. The family’s needs had changed, and they found another very part-time nanny to cover the afterschool hours, when the twins were not in school.

Their former nanny, sadly, could not find another position right away. She filed for unemployment benefits to help her with expenses while she looked for a new job. Bryan and Hannah received a letter from their state’s Department of Labor indicating that the former nanny had filed for unemployment benefits, naming them as her former employers. In a panic, they called HomeWork Solutions to help sort this out.

Bryan and Hannah, like so many nanny employers, had heard that the nanny taxes were very confusing. As busy young parents, they wanted to keep things simple. Their nanny was agreeable to being paid off the books, as she too benefited (in her mind) by taking home a bigger paycheck every week. No one likes paying taxes, and so long as everyone agreed, it seemed like the easiest method.

When Bryan and Hannah contacted HWS, they were understandably anxious as well as upset at the mistake. They needed to know what their options were and how to best fix the situation.

“My wife and I had no idea what a mess we were creating when we agreed to pay our nanny off the books. It has turned out to be the most expensive financial mistake we have made in our marriage. We are so grateful for the HWS representative’s calm and compassion – she helped us focus on solving the problem and couldn’t have been more helpful.”

Bryan and Hannah’s former nanny was the family’s employee under law. That means they were legally responsible for employment taxes. The HWS representative explained that these employment taxes totaled about 18% of the employee’s payroll – or $12,000 over the two and a half years their nanny worked for them.  She further explained that if they had treated the nanny’s payroll legally from the very beginning, they would have collected $5,000 of this from the nanny via paycheck deductions. However, at this late date, the obligation to pay the entire amount was completely on the family.

Because the family’s “nanny taxes” are collected as part of their personal income tax return, they realized that they were going to have to amend three years of tax filings. Additionally, their former nanny would be receiving W-2 forms for the years in question, and she was going to have to file and pay her federal and state income taxes.

Bryan enrolled in HWS’ payroll tax preparation service and HWS quickly registered him with the IRS and their state and obtained tax identification numbers. Bryan worked over the phone with his HWS representative to recreate the former nanny’s pay history. Within a few weeks, HWS was able to provide him with tax documents so that he and his nanny could amend their returns.

Bryan and the HWS representative also started working on getting the new part-time nanny’s taxes and payroll on the books right away. That way, they will ensure that there are no surprises when tax time rolls around.

Bryan immediately paid the overdue state unemployment taxes. Together he and HWS crafted a response to the state’s original query and put part of this unpleasant chapter of his life to rest. Bryan and Hannah worked with their HWS representative to understand what they could expect going forward – including how the state would communicate penalties and interest. Bryan understood that he needed to contact his personal accountant with the federal forms that HWS had prepared, and file amended tax returns, pay the tax, and to expect penalties on those, too.

“HomeWork Solutions made solving this problem so simple – unbelievably simple. While it was stressful and very expensive, our Homework Solutions representative helped us through this situation with patience and understanding. Our accountant reviewed HWS’ work and said they did a perfect job. These taxes are confusing, and if we had known how easy HWS is to work with, and how costly ignoring these taxes would be, we would have definitely made a different decision when we first hired our nanny. We have already recommended them to my family and friends.”