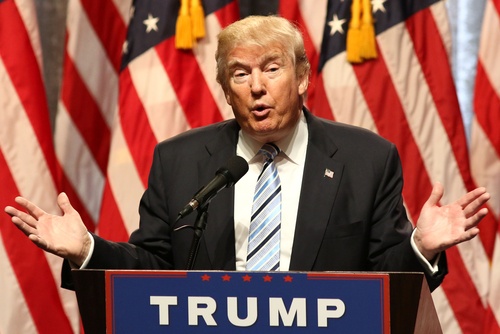 We’ve seen it shatter the dreams of potential officeholders, time and time again — no, it’s not adultery, bribery, or breaking into the Democratic National Headquarters — we’re talking about the nanny tax.

Often misunderstood and clouded by complex language, “nanny tax” is a common phrase that refers to employment taxes a person is legally required to pay on any household employee (including nannies, housekeepers, and other household employees).

Too many families hire in-home caregivers and fail to pay the appropriate taxes; either because they don’t understand the law, or they’re hoping they won’t get caught. Aside from the fact that it’s simply the right thing to do for your employee, if you’re ever planning to run for a government office, failure to comply with this tax law can rain on your parade in a big way — as two of Trump’s recent picks for government positions have recently discovered.

Whether you’re considering a Cabinet position for 2017, or have your sights set on another government post in your future, you need to understand the potential problems so you won’t be caught short.

With approximately 4,000 positions needing to be filled, President-elect Donald Trump and his team are diving head-first into the process of vetting new nominees for Cabinet positions and other senior-level government jobs. As part of the vetting process, all candidates have their tax history examined, to ensure they haven’t broken or evaded any tax laws.

In the case of Wilbur Ross, saying “past” employee is a bit misleading; as he fired this particular household employee just within the last month, shortly before his Senate confirmation hearing. According to the Huffington Post, Ross explained to the Senate Commerce Committee that he didn’t know this employee was an undocumented worker until recently. Ross claims that at the time of the employee’s hire in 2009, the worked had produced “what looked like a valid driver’s license and Social Security card.” In preparation for his confirmation hearing, Ross says he checked over all of his household employees’ documentation, and upon discovering that one employee didn’t have valid documentation, he terminated the worker.

Representative Mulvaney’s tax transgression, on the other hand, occurred years ago. In the confirmation review process, it was revealed that Rep. Mulvaney hadn’t paid any payroll taxes for a babysitter who cared for his children during 2000 to 2004. Employing a babysitter deemed him a household employer, and as such, it was found that he owed over $15,000 in payroll taxes for this employee. Forbes reported that since this came to light, Rep. Mulvaney has paid the taxes he owed, and is currently awaiting information from the IRS and state tax authorities as to the state tax bill, penalties, and interest.

The Trump transition team reported that they will continue to support Mulvaney for the White House budget committee position. However, many — including Senator Chuck Schumer of New York — believe this infraction should disqualify Mulvaney from the job; especially considering that similar nanny tax violations in the past have pushed many candidates out of the running for government positions.

This Isn’t a New Problem

Historically, failure to pay nanny taxes for household employees — and to properly employ these workers through legal means — has damaged numerous candidates for government jobs.  In 2009, President Obama had selected former Senator Tom Daschle to lead the Health and Human Services Department. Daschle withdrew his nomination after the confirmation hearing process found that he’d paid roughly $140,000 in back taxes and fees, related to a car and driver that was reportedly provided to him by a consulting firm he worked for at the time.

It is said that nanny tax problems also prevented Caroline Kennedy from entering the race for Hillary Clinton’s Senate seat.

The legal obligation to pay nanny taxes for a worker employed in your home has been part of U.S. law for years; yet, time after time, impressive and qualified candidates for government positions are ruined by their failure to comply with this tax law.

What Does This Mean Today?

The nanny tax isn’t going away anytime soon. The revelations surrounding both Ross and Mulvaney offer a strong reminder to current and aspiring government employees to be diligent when hiring a babysitter, nanny, or any other household worker.

It can be assumed that the higher the office, the closer a nominee’s life is scrutinized. In 2009, The Washington Post uncovered the names of 12 public officials who encountered problems or career derailments due to tax or other problems with household employees. The standards that officials are held to for compliance with these laws are likely as strict now as they were in 2009.

Awareness of the problems surrounding nonpayment of household employee’s taxes may be the reason that DC-area residents are more likely to pay the appropriate taxes, compared to people in the rest of the country.

What Can I Do?

If you’ve previously hired household employees and haven’t paid the proper taxes, it’s not too late, but you need to act soon. Start now and find a nanny tax expert to audit your payment history and prepare the appropriate documents moving forward. If you’re considering running for a high-level government office and are hiring or plan to hire a nanny for your children, it’s important to comply with the tax laws.

What Do I Need to Know?

These are the criteria under which a nanny is considered an employee:

The difference between an employee and contractor is all about control. If you control what is done, and how it will be done by your nanny or household worker, then you are an employer. No matter how much autonomy a family leaves a nanny or caregiver in the organization of her day to day activities, at the end of the day the family retains the right to control how their loved one’s care is handled, controls where the work is done, the wage offered for the work, and provides the vast majority of the goods needed (food, cribs, high chairs, toys, and craft supplies) to the caregiver to perform the job. Nannies and caregivers are employees.

What Happens if I Classify My Nanny as an Independent Contractor?

It’s called “Employee Misclassification” and it is illegal. The government is cracking down on violators. Some consequences are: :

Those seeking a government security clearance should take note. Form: SF86, Questionnaire for National Security Positions, contains the following question: “In the past seven (7) years have you failed to file or pay Federal, state, or other taxes when required by law or ordinance?” A false statement on this form not only disqualifies one from consideration for a position, it is a felony under US Criminal Code (title 18, section 1001).

Failure to pay proper taxes for your nanny or household employee can potentially impact your career. In addition to the financial consequences for you as an employer, failing to pay nanny taxes puts household employees at risk. Nannies paid under the table will not have access to social security, unemployment insurance, and other benefits if their taxes are not paid legally. By failing to pay proper taxes, you are putting those who care for your most important assets at risk. With so much at stake, why jeopardize your career and the career of your nanny by making a costly error?