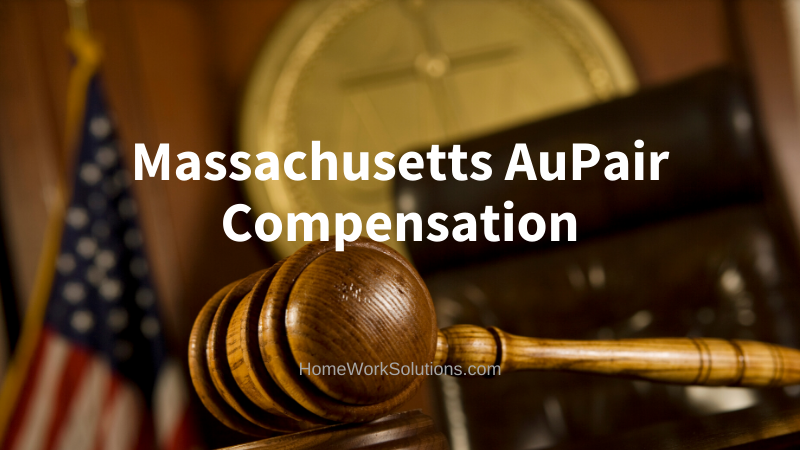 Historically au pair host families nationwide have based au pair compensation on Federal minimum wage, allowing for a 40% wage deduction for the value of room and board. However, a class action lawsuit settlement and a court ruling have changed this standard. A federal court ruled on Dec. 2, 2019 that au pairs in Massachusetts were covered by the state's Domestic Worker Bill of Rights as well as entitled to earn state minimum wage and overtime. What does that mean for host families and Massachusetts au pairs?

In the spring of 2019, a class action lawsuit was settled in favor of au pairs nationally. In short, the settlement agreement mandates that au pair compensation is to be based on the greater of the Federal, State, or local minimum wage, and that applicable overtime pay is due where it is earned. The settlement established a $65 million fund to compensate previous au pairs for their wage shortfall.

In the Massachusetts ruling, in addition to the application of state minimum wage and overtime laws, the court ruled that au pairs are employees covered by state labor laws, including the Massachusetts Domestic Worker Bill of Rights.

In Massachusetts, 2020 minimum wage is $12.75 per hour, with overtime over 40 hours in the week. At a 45 day work week an au pair’s base wage is $605.63. Massachusetts labor law stipulates that the maximum deduction for room and board totals $77 per week. As things stand today, the minimum weekly au pair compensation is $528.63.

There are 4 bills pending in the Massachusetts state house that would provide some temporary and longer term relief to current host families. HD.4707 would delay implementation of the court ruling until June 30, 2020. HD.4705 would permit a maximum of 40% deduction of base wages for room and board, and HD.4835 would protect host families from civil litigation for their reliance on the prior advice from the au pair agencies. HD.4053 would exempt au pairs from the state’s Domestic Worker Bill of Rights entirely. What action, if any, that is taken on these proposals remains to be seen.

The Massachusetts Attorney General’s office has advised that they are not currently enforcing the court’s ruling, pending state house action. They advise, however, that there is nothing currently prohibiting civil action, including a civil class action challenge.