Home / Our Blog / How a Nanny Files an Unpaid Wage Claim

How a Nanny Files an Unpaid Wage Claim 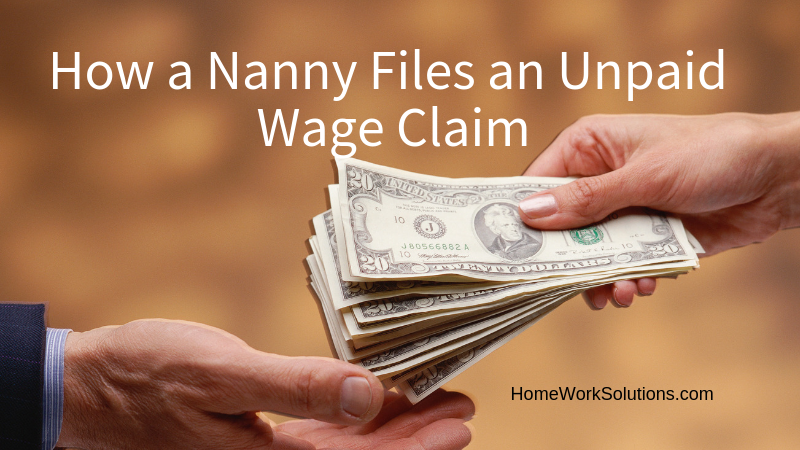 Occasionally a nanny or other household employee will find themselves in a dispute with an employer, generally a former employer, over unpaid wages. Whether this be overtime that wasn’t properly compensated, failure to meet minimum wage or final wages that were not paid, there exists in every state a mechanism to file an unpaid wage claim and have the state’s Department of Labor Wage and Hour office intervene on his or her behalf. These avenues should be pursued AFTER direct attempts to resolve the situation with the employer have failed.

The US Department of Labor Wage and Hour Division can also assist with Fair Labor Standards Act (FLSA) violations – specifically minimum wage and overtime issues. Not sure how to claim unpaid wages? Read this helpful guide to learn more.

Here’s what you need to know.

Here's what to expect when you file an unpaid wage claim.

The fastest way to find the specifics in your state (where you worked) is to do an internet search “Filing an Unpaid Wage Claim in [STATE].

US Department of Labor