Home / Our Blog / Generation Z is Hitting the Workforce

Generation Z is Hitting the Workforce 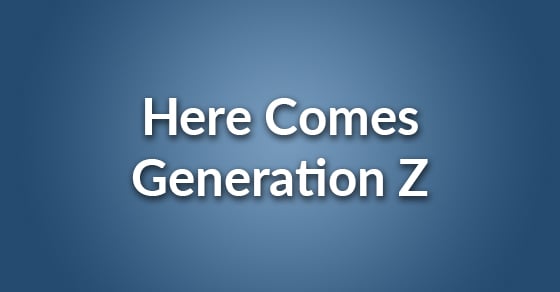 Most companies have gotten comfortable having Millennials in their ranks, which is good because it’s time to start getting acquainted with Generation Z! This group is generally thought of to be born at the end of the 90’s forward, making the eldest of which in their early twenties.

Members of each generation are largely defined by their upbringing, especially early on like with Generation Z currently. So far there have been two major themes to the world into which they are growing.

With every new generation comes a change in workplace strategies. Getting ahead of the curve, or having dynamic HR principals, can be a good way to ensure your company’s future.