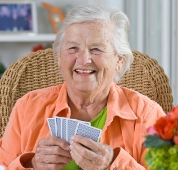 The Fair Labor Standards Act (FLSA), as amended in 1974, offers minimum wage and overtime protections to most household, or domestic, workers. What this means is that nannies, housekeepers, maids and other household employees are all protected under Federal minimum wage provisions, and that come and go (live out) domestics are entitled to the overtime differential (150% of hourly wage) for hours worked over 40 hours in a 7 day work week. A notable exception to this 1974 amendment was live in "companionship care" - companionship care for elderly and disabled individuals to allow them to continue to reside in their home, rather than moving to a residential care setting. This specific class of domestic workers were exempted from both the minimum wage and overtime protections of the FLSA. It is important to note that state legislation in CA, MD, NJ and NY all extend minimum wage and/or overtime protections to domestic workers in their state.

The US Supreme Court ruled in in Long Island Care At Home, Ltd., et al. v. Evelyn Coke (7/11/2007) that this companionship exemption was in fact valid as the FLSA was written, and found that the issue would need to be addressed by the Congress, not through the courts.

The proposed legislation would ensure that all home care workers, including those providing companionship care, receive the federal minimum wage and overtime protections of the Fair Labor Standards Act.

The legislation would amend the Fair Labor Standards Act with regard to the companionship exemption and would improve the systems for the collection and reporting of data relating to the domestic service workforce. The bill would not cover baby sitters and employees working on a "casual basis in domestic service employment" for less than five hours a week.

HomeWork Solutions will report here on any updates as available.