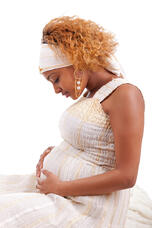 Of particular interest in the House bill is the extension Massachusetts Maternity Leave Act to household employees such as nannies and senior care givers. This would mean any female household employee who has worked for a family for three months or longer would be entitled to eight weeks of unpaid maternity leave with the guarantee to return to the job. It would allow employees giving birth or adopting to notify employers at least two weeks in advance of her planned anticipated date of departure and of her intention to return the right to keep her job. A household employer would not have the right refuse to grant MMLA leave on the grounds that doing so would constitute a hardship. This would be the first time that maternity leave with a guaranteed right to return was a "right" of a nanny, housekeeper or senior caregiver.

HWS encourages you to subscribe to this blog feed for updates on this and other areas of interenst to household employers and employees such as a nanny or senior caregiver.